Exploring the waters of Campobello

Much of Franklin D. Roosevelt’s time on Campobello was spent in the outdoors, particularly on the water. Whether sailing or canoeing, he loved exploring the waters surrounding the island with local fishermen and friends from an early age. These relationships helped shape his views and policies when he became President of the United States.

As President, his attitudes toward Canada and other international policies were likely influenced by his close ties with Canadians developed over a period of many summer vacations on Campobello. In addition, his natural resource-based programs may have reflected his love of the islands rich natural heritage. The island was also an important part of his wife Eleanor’s voice as an activist for social change.

Today, Roosevelt Campobello International Park is the only park jointly administered by the Canadian and U.S. governments. 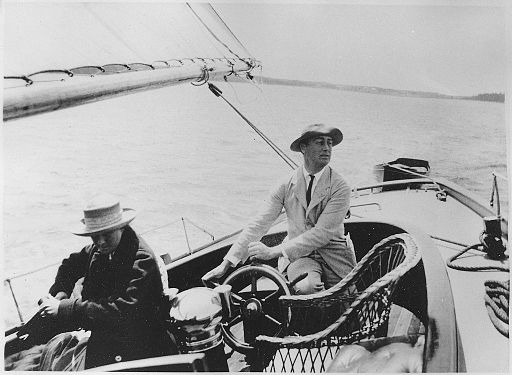 What’s to eat? Local cuisine in Lubec, METhings to See